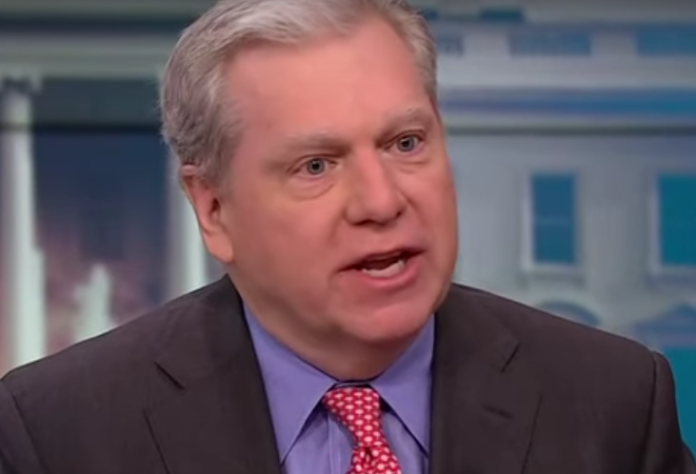 White House press secretary Sarah Huckabee Sanders lied to the American people about why President Donald Trump fired former FBI Director James Comey. And we know this because she had to tell Special Counsel Robert Mueller the truth or face time in prison, something pointed out by her predecessor Joe Lockhart.

Trump bragged during an NBC interview in 2017 that he fired Comey to take the pressure of the Russia investigation off of himself. That’s an instance of obstruction of justice that Mueller lists among at least nine other instances in the Mueller report.

But when asked about the firing by reporters during a press briefing, Huckabee Sanders claimed that Trump fired Comey because “countless” FBI agents had lost confidence in the director.

She would go on to make the same claim the very next day.

But when she talked to Mueller, she had to fess up.

“Sanders told this Office that her reference to hearing from “countless members of the FBI” was a “slip of the tongue,” the report said. “She also recalled in her statement in a separate press interview that rank-and-file FBI agents had lost confidence in Comey was a comment she made “in the heat of the moment that was not founded on anything.”

Huckabee Sanders responded to report, not by apologizing for her lies, but by whining about Democrats and lying about the report.

“I’m sorry I wasn’t a robot like the Democratic Party that went out for two-and-a-half years and stated time and time again that there was definitely Russian collusion between the president and his campaign, that they had evidence to show it, and that the president and his team deserved to be in jail,” she said on ABC. “That he shouldn’t be in office, when really they were the ones that were creating the greatest scandal in the history of our country.”

Except the report shows there is evidence of conspiracy, just not a smoking gun to level criminal charges. And, again, there are multiple instances of obstruction.

Former White House communications director Jen Psaki, who served under former President Barack Obama, pointed out that Huckabee Sanders is even lying about her remarks being a “slip of the tongue” because she read from a statement on the podium.

Lockhart, who served as White House press secretary under former President Bill Clinton, noted that Huckabee Sanders only tells the truth when she’s threatened with jail.

“When she knew she could go to jail, join Paul Manafort in a jail cell, all of a sudden it became crystal clear to her that she needed to tell the truth,” Lockhart said. “If you look at the lie she told, she knew James Comey was being fired because of the Russia investigation. She participated in the obstruction of justice to smear James Comey in order to slow down or stop this investigation. Yes, she has no credibility. I think there is a much bigger thing here: She participated in the effort with President Trump in order to obstruct justice.”

In short, Huckabee Sanders is an accomplice in Trump’s obstruction crimes and should be charged as such.