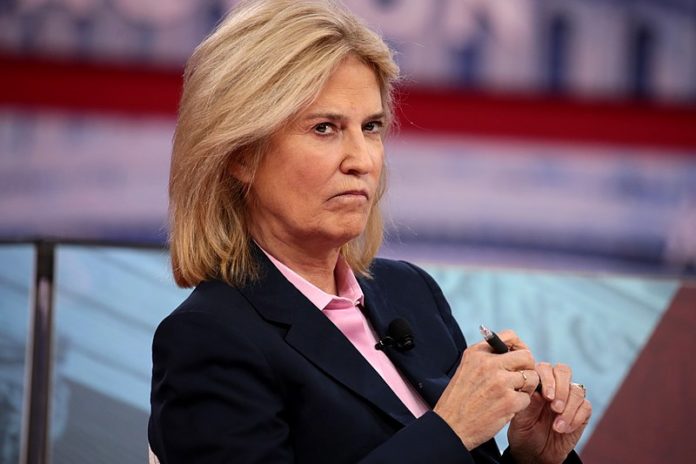 Former Fox News host Greta Van Susteren should have known better before she accused the FBI of tipping off CNN about the arrest of Roger Stone, because she created a conspiracy theory that even President Donald Trump repeated on Friday.

When Stone was arrested by the FBI in Florida earlier in the morning, CNN cameras were ready and captured agents knocking on his door and arresting him seven charges stemming from an indictment secured by Special Counsel Robert Mueller.

Not long after, Van Susteren made her accusation on Twitter.

CNN cameras were at the raid of Roger Stone…so FBI obviously tipped off CNN…even if you don’t like Stone, it is curious why Mueller’s office tipped off CNN instead of trying to quietly arrest Stone;quiet arrests are more likely to be safe to the FBI and the person arrested

And her accusation was soon picked up by Trump in his response to Stone’s arrest, which resulted in CNN Communications setting him straight.

CNN’s ability to capture the arrest of Roger Stone was the result of determined reporting and interpreting clues revealed in the course of events. That’s called journalism. #FactsFirst https://t.co/71zu7RylxX

No. Our reporters who cover this story everyday noticed unusual activity at Grand Jury and went to his home. That’s good journalism, which I know you respect. Not a tip. And anyone who covers Mueller knows Mueller’s office does not tip. https://t.co/H3guIr94uK

Other CNN reporters chimed in as well.

The FBI didn’t tip off CNN about Roger Stone’s arrest. Here’s the backstory on how good instincts and old-fashioned shoe leather led to the exclusive video today: https://t.co/DRhj5HrBIj

Here’s how we did it. Mueller’s team didn’t tip us off. It was a combination of shoe-leather reporting and steadfast stakeouts of Mueller’s office. https://t.co/v5RM5NNJdC

Want to know exactly how CNN got footage of Stone being arrested? Piecing together clues based on meticulous reporting from the courthouse and the activities of the grand jury. Then long stake outs at Roger Stone’s home bc possibility he could be arrested. https://t.co/vZrv9xxIza

In other words, CNN worked hard and performed real journalists to get the scoop, and Van Susteren was forced to correct her accusations.

Let me correct: it is not obvious that FBI tipped off CNN…someone else could have tipped them off. https://t.co/e3yVoE6BcV

But it was already too late as right-wing media cried conspiracy.

Upon reflection, there are others who could have tipped off CNN …others knew, maybe even Stone suspected it and tippped them off…as an aside, if I worked for a news org and had the tip, I would have sent cameras https://t.co/aSaiBZ4LNL

Or CNN could have just been staking out the place for days… https://t.co/sJdpJ8XVKM

I am not criticizing CNN for being there…they out hustled other news orgs…I merely noted that I thought they were tipped off (and you get tipped off when you work your sources which is part of journalism) https://t.co/EZdxuO0raL

any news org who knew this would happen would have been there…and it is not sinister that CNN was there..they acted on a tip (or they have been staking out the place but I doubt that but maybe)…if you get a good news tip, you act. https://t.co/5RiFKizUsL

Yes, you are right…and I am certainly not criticizing CNN for getting the video — they beat out other news orgs and this is news https://t.co/GS2Pq50cVL

Yes, I was incorrect to assign the tip to the FBI…there are multiple possible sources…more significant is that it was a raid (not a surrender at FBI w/his lawyer)-suggests FBI fear of flight and/or destruction of evidence or prosecutor really not happy w/ Stone https://t.co/7UxSnw2P2z

It was not dirty for CNN to be there….that is their job…to get the news….you may not like CNN, but this raid was news and every other news org would have wanted to be there to cover it and this time CNN beat the other news orgs to the news https://t.co/7TbS2f6LDb

It is news is why news orgs want to cover it. It is news org job. https://t.co/bpL5XRMIu9

It is no conspiracy – CNN either acted on a tip…or had been camped out there (either is good journalism.) What is most interesting is why it was a raid and not a surrender. Fear of flight or destruction of evidence or prosecutors really not like Stone? https://t.co/zxPtxUzzWE

She then finally admitted that she was wrong.

And as an aside…the story really is not whether CNN was there or not (although the video is helpful to understand the news)-what is the REAL news: the arrest of Roger Stone https://t.co/03XnGW0hry

Again, it doesn’t matter now because Trump supporters are running wild with accusations against CNN. She created a distraction that Trump and his supporters hijacked to make the story about CNN even though good journalism is not a crime. Van Susteren should be ashamed of herself for feeding their anti-CNN biases on a day when the real news is yet another Trump associate has been arrested and indicted as part of the Russia investigation.