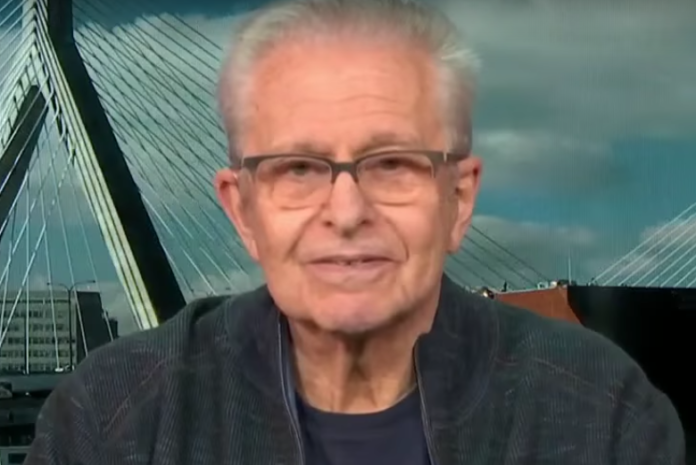 As the 2020 presidential election approaches, Harvard Law professor Laurence Tribe is warning that President Donald Trump will desperately try to stay in power by declaring another fake national emergency.

Trump’s abysmal approval rating has continued to drop as his administration continues racking up the scandals and his legal problems mount.

Needless to say, the 2020 election does not look very good for him, especially since Democrats won 40 seats to take back the House by a landslide in 2018.

Short of election interference by the Russians, Trump may be so desperate to avoid prosecution for his crimes, including campaign finance felonies, insurance fraud and tax evasion, that he might “fabricate” another national emergency so he can overthrow democracy and remain in the White House.

During an interview on “AM Joy” Sunday, Tribe issued the warning while discussing why Democrats should keep impeachment as a viable option to remove Trump from office.

Tribe said he agrees with House Speaker Nancy Pelosi (D-Calif.) about holding off on impeaching Trump until thorough investigations are complete. But he went on to note that democracy is at stake and Americans need to see “how corruptly this leader won his office and how corruptly he is trying to hold onto it.”

“Elections happen every four years,” Tribe said. “And sometimes some leaders are much too dangerous to leave in power — and this may be such a case. The fact is that by 2020, the amount of damage that will have been done to our rule of law, to constitutional norms is very great and we can’t count on him being out of office in 2020.”

In fact, Trump could declare a national emergency that gives him the power to cancel the 2020 Election altogether using the excuse that we can’t have a proper election while dealing with an emergency even though any such emergency would be manufactured by Trump like his imaginary border crisis.

Trump could also take control of the media, have his opponents and critics arrested and kill investigations against him.

“He is sufficiently corrupt and he’ll have enough help from not-too-friendly foreign powers: Russia, Saudi Arabia and maybe Turkey,” Tribe continued. “We can’t count on removing this guy by an election, he may fabricate yet another so-called national emergency to influence that election.”

“What we have to do is persistently gather the facts and if the American people can see what some of us already think is there soon enough, then the time will come for impeachment proceedings,” he concluded.

Trump is too dangerous to not impeach. Republicans, of course, are standing in the way which is why they will also need to be removed in office in 2020. That is, if Trump does not try to postpone the election to stave off his removal from office by the people. Impeachment was put in place to prevent just such tyrannical actions. But if Trump does it, the ability to impeach him may become ineffective. Then conservatives may get the civil war they’ve been fantasizing about because the majority of the American people simply won’t stand for being ruled by a two-bit dictator.