The United States Blues
Home News Trump tweeted so much on Sunday that one of his former officials... 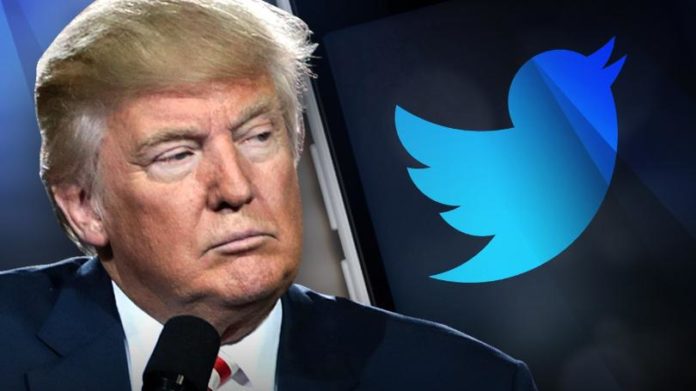 If ever there was a reason to drink plenty of alcohol to escape the real world on St. Patrick’s Day Sunday, President Donald Trump’s incessant Twitter use certainly gave everyone in the country an excuse.

Wanting to be the center of attention as usual, Trump spent the entire day in “executive time” as he tweeted about anything and everything he could possibly whine about.

Trump began by attacking and threatening FCC action against Saturday Night Live and the Late Night shows over a repeated episode of SNL that ran over the weekend.

That’s right. It wasn’t even a new episode, and worse yet, he had already attacked it after it originally aired

Trump then attacked Hillary Clinton and the late-Senator John McCain and the Russia investigation before finally getting around to noticing that it was St. Patrick’s Day.

It turns out Trump was merely taking a very short break as his very next round of tweets lashed out at Fox News complete with a demand that the network keep incendiary hosts Jeanine Pirro and Tucker Carlson on the air despite fleeing advertisers from their shows.

Apparently unconcerned about the so-called “national emergency” at the southern border, Trump continued his random attacks, including rants about General Motors, the Senate vote rebuking his emergency declaration and an attack on Fox News host Shep Smith.

He then spent several hours retweeting random supporters until he rounded out the night by accusing Democrats of trying to “steal” the 2016 Election and a “Make America Great Again” post.

Understandably, many Americans simply could not stand Trump’s tweets, especially since their Twitter notifications must have been going crazy all day.

That even goes for a former Trump official, who admitted to The Daily Beast reporter Asawin Suebsaeng that they turned his notifications off because Trump’s tweets were “too much.”

Undoubtedly, this Trump supporter probably wasn’t the only one who became fed up with Trump’s tweets. A lot of them may have dropped their phones in their beer just to have a moment of peace so they could drink it and enjoy their Sunday.

Unfortunately, we can expect Trump to only increase his Twitter usage as the 2020 Election approaches and as federal prosecutors and Congress close in on him. And we can only hope there will come a special day when he is finally forced to shut the hell up so that America can resume not hearing from the president every day because the president is actually working.