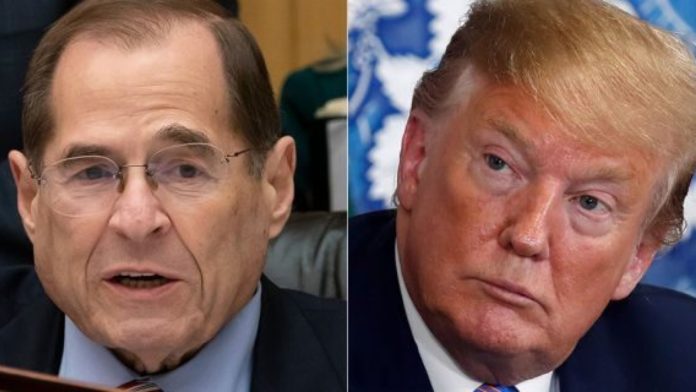 President Donald Trump is about to get put even further under the microscope by the House Judiciary Committee because a vote defining an impeachment probe against him is set to take place next week.

With at least half of House Democrats supporting the opening of an impeachment inquiry against Trump as of August, momentum has certainly built up during the recess for impeachment, especially since Democrats have been pressured by constituents at home to take the action.

In fact, one town hall crowd in Pennsylvania literally cheered for impeachment when Rep. Madeleine Dean (D-Penn.) announced her support for an inquiry.

“I believed I had to say, enough is enough,” Dean, who sits on the House Judiciary Committee, said. “We should open up an impeachment inquiry.”

And now the committee is moving in that direction by scheduling a vote despite House Speaker Nancy Pelosi (D-Calif.) being reluctant to do her constitutional duty to act as a check against an out of control executive.

The issue was raised Friday during a conference call among the committee’s Democrats. A source familiar with the discussion said any move next week would be intended to increase the “officialness” of the ongoing probe, following a six-week summer recess in which some Democrats struggled to characterize to their constituents that the House had already begun impeachment proceedings. Democrats are hopeful that explicitly defining their impeachment inquiry will heighten their leverage to compel testimony from witnesses.

Though the language of the resolution is still in flux, some sources said it could incorporate elements of traditional impeachment probes, such as offering access to the president’s attorneys or providing for more time to question witnesses. There was discussion among some Democrats on Friday’s call about the strength of the language in the resolution, according to sources briefed on the call.

The vote would follow a statement by House Judiciary Committee chairman Jerry Nadler last month that impeachment proceedings had already begun against Trump.

An impeachment inquiry would be devastating to Trump’s effort to block his top staffers from testifying to Congress and disregarding subpoenas. Once an inquiry begins, staffers would be forced to comply with subpoenas and to testify because they would be obstructing an official impeachment investigation otherwise.

Trump’s behavior has only gotten worse in recent weeks and the longer House Democrats do nothing, the more Americans will see them as part of the problem because they are enabling Trump’s worst inclinations, especially his ongoing assault on democracy, the rule of law and check and balances.

Put simply, Democrats are taking a risk by not open an impeachment inquiry because they need the base to see them doing something, and we all know what happens when the liberal base doesn’t show up on Election Day. Trump becomes president, and he could be re-elected if Democrats don’t show they have a spine.