The United States Blues
Home News Karen Pence gets taken to the social media woodshed for her new... 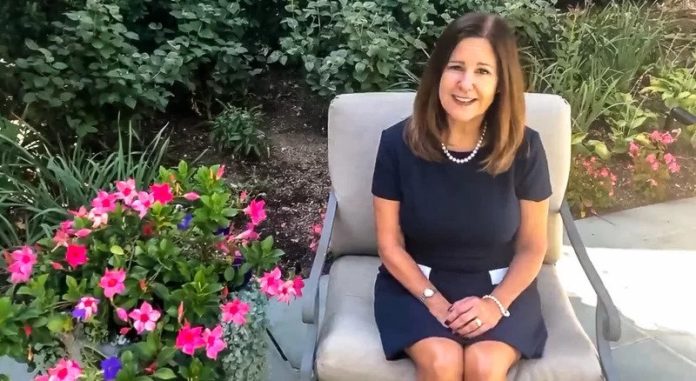 Second Lady Karen Pence decided it’d be a great idea to let the world know she has a brand new Twitter account that she’ll be using to help get President Donald Trump reelected.

But based on the reaction she received, she probably should have kept the idea to herself and deleted the account five minutes after she created it.

“There are probably a lot of things you don’t know about me. For example, I enjoy painting, I love to ride my bike and I like nothing better than reading a good book. On my new Twitter account, I will share what I’m up to when I’m not in the office at the White House.”

Wow! Sounds almost as exciting as watching paint dry. See for yourself:

Excited to start a new #Twitter account to help tell the story of all the accomplishments under the leadership of @realDonaldTrump and @mike_pence! Follow along to KEEP AMERICA GREAT! 🇺🇸 pic.twitter.com/RaPwC5ThyR

Be sure and note that Pence says she’s looking forward to being on the campaign trail to “help tell the story of what President Donald Trump and Vice President Mike Pence are accomplishing in the Trump administration.”

That was all it took for social media to remind Mrs. Pence that she supports the most immoral man to ever be elected president:

Yes, please share all the accomplishments of the most corrupt administration in history.

I’m known around the house as Mother, I work at a school that discriminates against LGBT folks, and I like nothing better than to make their lives and the lives of all women miserable. Also helping my husband turn a democracy into a theocracy. Can’t wait for the Rapture!