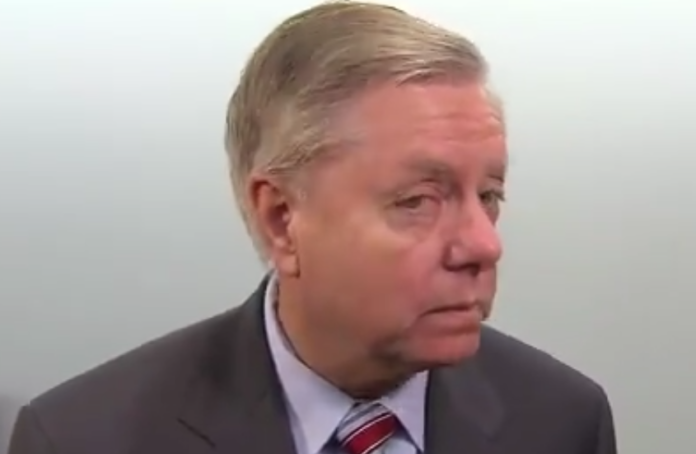 Cohen testified to the House Oversight Committee on Wednesday about his campaign finance felonies and once again incriminated Trump as “Individual 1” and brought in copies of checks he received from Trump as reimbursement for the $130,000 in hush money paid to silence two women Trump had extramarital affairs with. Many of the checks were signed in 2017 after Trump took office.

“Mr. Trump directed me to use my own personal funds from a Home Equity Line of Credit to avoid any money being traced back to him that could negatively impact his campaign,” Cohen told Congress in his opening statement. “As Exhibit 5 to my testimony shows, I am providing a copy of a $35,000 check that President Trump personally signed from his personal bank account on August 1, 2017 — when he was President of the United States — pursuant to the cover-up, which was the basis of my guilty plea, to reimburse me — the word used by Mr. Trump’s TV lawyer — for the illegal hush money I paid on his behalf.”

“This $35,000 check was one of 11 check installments that was paid throughout the year — while he was President,” Cohen continued. “The President of the United States thus wrote a personal check for the payment of hush money as part of a criminal scheme to violate campaign finance laws. You can find the details of that scheme, directed by Mr. Trump, in the pleadings in the U.S. District Court for the Southern District of New York.”

In response to the damning testimony and evidence presented, Graham attempted to question Cohen’s credibility by claiming that criminals “don’t write checks.”

“I’ve found most people don’t write checks if they think they’re involved in a crime,” he told reporters on Thursday.

Graham is a trained lawyer, so he should certainly know better than to make such a dubious claim.

And legal experts and former law enforcement officials certainly called him out for it.

People commit crimes using checks all the time. They can use the checks to pretend payments were for one thing, when they really for another. Here Trump and his lawyers do not dispute today that these payments were made, and were made to reimburse for the Stormy payment. … https://t.co/oLBHifMxN4

But the reimbursements were fraudulently made to appear to be payments for legal services. That’s precisely the kind of thing criminals do when they seek to conceal their criminal acts. It’s evidence of consciousness of guilt.

The terrorists who bombed the WTC in 1993 returned three times to the Ryder agency to get back their deposit for the truck they blew up.

Unless they concoct a whole fraud scheme with shell companies & give the payments labels like “retainers” to make them look legit. That’s actually a very common practice – indeed a hallmark – of fraudsters in my experience. https://t.co/Q6irDhot4k

“A $25,000 cashier’s check, apparently earmarked for President Nixon’s re-election campaign, was deposited in April in a bank account of one of the five men arrested in the break-in at Democratic National Headquarters here June 17.” – Washington Post, August 1, 1972 https://t.co/PzScNFOOUY

Clearly, criminals do write checks. And Trump is so arrogant to believe he can get away with his crimes that he would be the type to write a personal check to reimburse money paid to cover up his affairs, which Cohen has Trump on tape discussing with him.

Lindsey Graham should be ashamed of himself for this latest absurd defense of Trump.