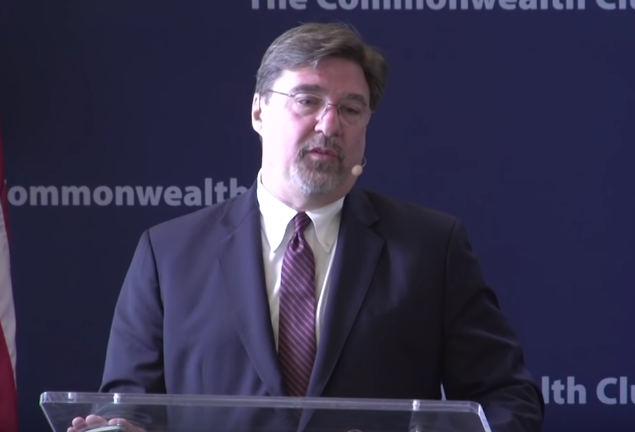 As President Donald Trump continues to attack and insult our military leaders, Naval War College professor Tom Nichols ripped him a new one and warned that Trump is causing great damage to the civil-military relationship.

In just the last few weeks alone, Trump has fired Secretary of Defense James Mattis just for daring to resign in protest instead of in silence, and referred to him as a “failed general” while claiming that he himself would have been a “good general.”

Trump also recently attacked retired General Stanley McChrystal for criticizing him, similar to how he attacked and insulted retired Admiral William McRaven, the man who oversaw the raid that killed Osama bin Laden.

All of these men have served their nation with distinction and honor, yet this is how Trump is treating them.

“No American president has ever dared risk the American civil-military relationship for less cause or with such childish malice, Nichols wrote in a column for The Atlantic.

Nichols pointed out that Americans have not had to worry about military power over throwing civilian rule because of our longstanding principles, but Trump’s attempt to divide the military into those who support him versus those who don’t is “dangerous.”

“We don’t worry about tanks rolling up North Capitol Street or paratroopers lolling about in Lafayette Square,” he wrote. “We’re not that kind of country. But the president has taken a dangerous path, excoriating retired military leaders who criticize him and lavishing praise and make-believe pay raises on the active-duty military voters who he believes support him.”

“It is fundamentally anti-American to disparage the courage and ability of senior military leaders merely because they are exercising their First Amendment rights on return to civilian life,” he continued. “Trump’s shots at everyone from John McCain to McChrystal should be regarded by any person of goodwill as despicable, but that is a personal judgment each of us must reach on our own.”

Trump’s attacks and insults, however, are harmful to military readiness and morale, and sends the message that Trump really doesn’t respect them and the service they provide to our country.

“No modern president has been so reckless in his criticism of both active and retired military professionals,” Nichols wrote. “When Trump said he knew more than the generals—a laughable claim from almost any civilian when it comes to military affairs—he apparently meant it. And that means he has no respect for military advice, from any direction.”

And he concluded by warning that Trump’s behavior is a threat to national security.

“If Trump continues on this path—and he will—we could face the most politicized and divided military since Vietnam, or even since the Civil War,” he explained. “Generals and admirals could be faced with betraying their professional code either by giving the advice they know will keep them in the good graces of the president or by ignoring the president’s orders and protecting their troops in the field as they think best.”

Active troops could also end up inappropriately appearing at Trump rallies in uniform wearing “MAGA” hats and waving banners that betray the traditional political neutrality of the armed forces, thus creating more division within the ranks.

Former government officials such as Walter Shaub and Robert Reich both warned earlier this week that Trump might try to mobilize the military to overthrow the Constitution and the rule of law in order to make himself a dictator and end federal investigations against him, a move that would be easier to undertake with a divided military as Trump-supporting troops may violate their oaths to do what he tells them to do while those who take their oaths seriously stand in their way.

Such infighting and chaos would undermine our ability to defend ourselves against foreign enemies who would undoubtedly take advantage of the situation to attack our interests overseas, or worse, invade us.

And while it may not get that bad, the fact remains that Trump is doing damage and he’ll only do more damage the longer he is allowed to remain in office.

“The men and women of the armed forces have withstood greater temptations than the empty praise and illusory bribes of a desperate president,” Nichols concluded. “In civil-military affairs, as in so many other areas of our national security, we shall have much damage to repair before this business is over.”

In short, this is a national emergency and one that can only end with Trump being removed from office as soon as possible. If Republicans truly respect our military and love our country, they’ll stand up to Trump now before it’s too late.