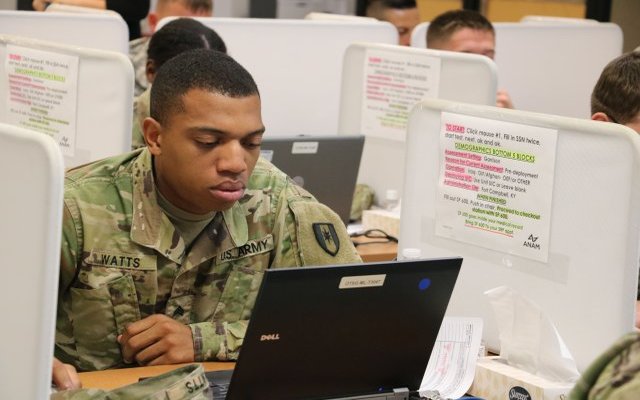 While it’s been established that social media platforms served as the main outlets used by Russian trolls to spread disinformation and propaganda during the 2016 election, a new report suggests that several countries — including Russia — are now targeting members of the U.S. military and military veterans ahead of the 2020 election.

The Vietnam Veterans Association has just released a report which explains a two-year ongoing effort to spread pro-Trump messages to those with connections to the armed forces of the United States:

“These foreign admins have created individual social-media accounts that purport to belong to American veterans working at reputable veterans organizations,” and use the accounts  to “send friend requests to the relatively small community of veteran advocates and connect with its prominent members who work to shape federal policy” and “spread propaganda and false news, while shaping and moderating/censoring the conversations of the unsuspecting community of American veterans who follow or join these groups and pages.”

Michael Carpenter, who served as a career diplomat for the State Department, highlighted some of the most disturbing findings from the report in a Twitter thread on Monday:

Wow. The mainstream media have totally neglected an explosive report from the Vietnam Veterans Association documenting a massive Russian online disinformation effort targeting US veterans with pro-Trump messages and attacking VP Biden and other Dems. 1/12 https://t.co/J7mA3fH7vk

VVA reports that Russian propaganda targeting servicemembers and veterans was (and still is) spread by account administrators from at least 30 different foreign countries, with concentrations in Eastern Europe and Vietnam. 3/12

For eg, the “Veterans Nation” FB page spreads Russian-generated content and is administered from Vietnam, Brazil, and Ukraine. The “Honoring our American Heroes” FB page has admins in the US, Indonesia, Iran, Malaysia, Philippines, & Vietnam. These purport to be US groups. 4/12

As VVA notes, the Vets for Trump page “posts explicitly pro-Trump and anti-Democratic-candidate messages and memes. The page also posts pro-Russia/Putin, pro-Assange/WikiLeaks, as well as anti-Robert-Mueller and anti-FBI content.” 9/12

In short, the VVA report provides more compelling data showing how we are facing an even bigger foreign-funded (mostly Russian, but with other countries also active) disinformation campaign in advance of the 2020 election cycle, and just how little we’re doing to combat it. 11/12

The report goes on to make recommendations for how the U.S. can combat cyberattacks ahead of the 2020 election:

“The White House must elevate American cybersecurity to the Cabinet level by Executive Order (EO), thereby prioritizing and centralizing our response and safeguards to risks from bad actors. A Director of Cybersecurity’s role would be to ensure that American cybersecurity is a priority in every aspect of modern government. This EO should create a Civilian Cybersecurity Advisory Board consisting of Chief Internet Security Officers (CISOs) from the American companies that are the most important stakeholders in American internet infrastructure and cybersecurity.”

Of course, none of us will hold our breath waiting for President Trump to take action against Russia or any other foreign entity which is trying to help him win in 2020. After all, he’s already accused of trying to force Ukraine to help slag former Vice President Joe Biden, who is seen as the biggest threat to Trump if he happens to win the Democratic nomination.

Featured Image Via the U.S. Army