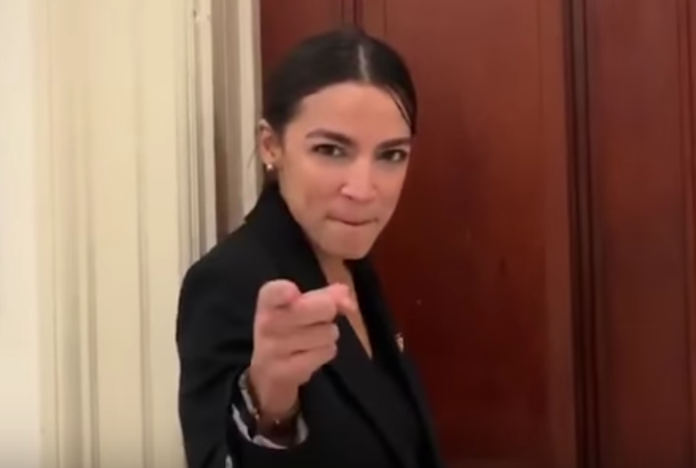 After she and a colleague revealed that they have been receiving threats since taking office, Rep. Alexandria Ocasio-Cortez (D-N.Y.) fired back on Twitter with a warning for her haters.

On Thursday, Rep. Ilhan Omar (D-Minn.) mocked Rep. Lee Zeldin (R-N.Y.) for bigoted remarks he made toward her in reaction to her placement on the House Foreign Relations Committee. Zeldin responded by going full snowflake and after much criticism for being unprofessional Zeldin complained to Omar that he has received threats for being a Jew and demanded to know if Omar condemns it.

This is heinous and hateful. I too am flooded with bigoted voicemails and calls every day.

Maybe we could meet and share notes on how to fight religious discrimination of all kinds?

Maybe over Somali tea, in your old office which I happen to be in now. https://t.co/FQ909kYSwo

Soon after, Ocasio-Cortez revealed that she has also received a flood of threats and bigoted remarks, which makes it difficult for her to hear concerns from her own constituents. And so, she informed those who would threaten her that their messages are forwarded to Capitol Police for investigation.

Yep. Our offices are flooded with bigoted calls too – so much so that we have to put energy into searching for actual constituents.

We forward all the threats to Capitol Police to build files. For all those who think your bigoted calls + digital threats are anonymous: Enjoy! https://t.co/Tw0LWnpmDh

That means Capitol Police will investigate and likely refer the threats to the FBI, so a lot of bigots should be scared of seeing the FBI on their doorstep in the near future.

Ocasio-Cortez and Omar have been prominent right-wing targets ever since they started running for office, Omar because she practices Islam, and Ocasio-Cortez because she’s a democratic socialist. Both are also women of color.

But both freshmen congresswomen have stood tall amid the hate and have pressed forward unafraid to take on people who attack them. Zeldin found that out the hard way on Thursday while multiple Republicans have been humiliated by Ocasio-Cortez.

The moral of this story is that it doesn’t matter how much hate and threatening messages are directed at either lawmaker, both of them will not tolerate it and will not shy away from calling it out.