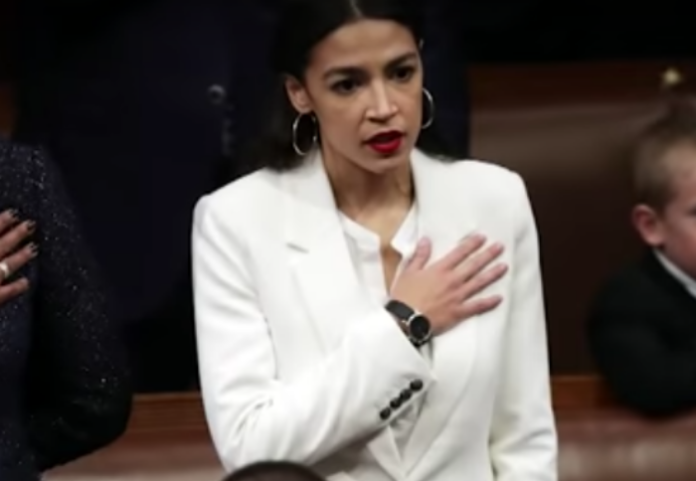 As the ultra-wealthy attend the Davos summit in Switzerland, many are whining about Rep. Alexandria Ocasio-Cortez (D-N.Y.) and her progressive tax plan, demonstrating how frightened they are of finally being forced to pay their fair share.

Earlier this month, the freshman congresswoman from the Bronx revealed her tax plan on “60 Minutes” and called for a marginal tax rate of 70 percent on all income after $10 million, which means millionaires will still be millionaires, they’ll just pay higher taxes on every dollar above $10 million. It’s a good plan that worked during the Progressive era of the 1940s through the 1960s when marginal tax rates were as high as 90 percent until former President Ronald Reagan slashed taxes and instituted a “trickle-down” policy that has been killing the middle class and making Americans poorer for the last three decades while the rich horde more and more wealth, including most recently with President Donald Trump’s tax giveaway that lowered taxes on the rich even further while causing more debt and higher deficits.

It’s a scam that has been going on for years, and it’s one that the populist Ocasio-Cortez intends to put an end to once and for all.

The American people back her plan overwhelmingly across the political spectrum. While 59 percent support the plan overall, 45 percent of Republicans do as well.

Who doesn’t support it? Billionaires and millionaires, of course.

At the annual gathering of the greedy elite at Davos, several of them grumbled about the plan

“By the time we get to the presidential election, this is going to gain more momentum. And I think the likelihood that a 70 percent tax rate, or something like that, becomes policy is actually very real.”

Blackstone CEO and Republican megadonor Stephen Schwarzman complained that “the U.S. is the second most progressive tax regime in the world.”

Glenn Hutchins, founder of private equity firm Silver Lake Partners, accused Ocasio-Cortez of trying to “score political points” despite the fact that her plan has already been tested in the United States and has been successful at building an economy that works for everyone.

Yet another billionaire said it wouldn’t happen, implying that the wealthy will likely pay a lot of money to incumbent lawmakers to keep tax rates unfair.

Amused by their opposition, Ocasio-Cortez fired back this week on Twitter.

It’s wild that some people are more scared of a marginal tax rate than the fact that 40% of Americans struggle to pay for at least one basic need, like food or rent.

Imagine if we focused positively, away from fear of the former toward solving the latter.https://t.co/91SoKmhGxx

Indeed, some states are in such dire straits that they have been compared to third-world countries by the United Nations. That includes Alabama, which the U.N. identified as having the worst poverty in the developed world.

“I do think a system that allows billionaires to exist when there are parts of Alabama where people are still getting ringworm because they don’t have access to public health is wrong,” she said.

And she’s right. Too many Americans are struggling to get by today as the wealthy continue to make more and more money that they actually don’t need. It’s nothing but sheer greed. There’s no reason for any human being to have billions of dollars while so many people could benefit from it through taxes funding healthcare and other government programs to lift people out of poverty. The wealthy hate paying taxes, but they don’t want to institute living wages either, which puts millions of people on the brink in a continually more desperate situation.

That should not be the reality in a nation that is the richest in the world. We should be better. And Ocasio-Cortez’s tax plan will make us better.