The United States Blues
Home News Republican screws Trump by getting Mueller to confirm he can be prosecuted... 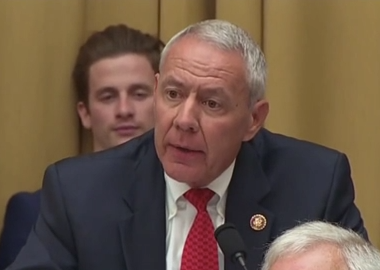 Rep. Ken Buck (R-CO) has set up President Donald Trump for major legal consequences regardless of how or when he leaves office after asking former Special Counsel Robert Mueller a question that resulted in an answer that shocked him.

Most Republicans have still not read the full Mueller report that details Trump’s multiple obstruction of justice crimes.

Reading the report in full caused Rep. Justin Amash (Mich.) to not only call for impeachment, but to leave the GOP entirely.

So far, Amash is the only Republican who has called for Trump to be impeached, but could other Republicans join his call as they learn more about what the report says?

Mueller testified in front of the House Judiciary Committee on Wednesday and provided many answers that millions of Americans and Republicans in Congress likely did not want to hear if they are supporters of Trump and his effort to discredit the Russia investigation.

For instance, he made it crystal clear that his report did NOT exonerate Trump, despite Trump’s claims that the report clears him of wrongdoing.

And when Buck took his turn to question Mueller, he accidentally screwed Trump over and received an answer he was not prepared for on the matter of if Trump can be charged with a crime.

While the Department of Justice says that the president cannot be indicted, Buck wondered if Trump could be charged and prosecuted once he leaves office.

“Could you charge the president with a crime after he left office?” Buck asked.

This answer stunned Buck, which is strange because you would think a sitting congressman would understand the law, especially since nearly 1,000 former federal prosecutors and DOJ employees have signed a letter stating that if Trump were not president he would have been prosecuted by now for committing obstruction.

In fact, former federal prosecutor Joyce Vance has already testified that she would personally prosecute Trump for obstruction.

“You could charge the president of the United States with obstruction of justice after he left office?” he asked.

This seems…big. Thanks to Republican Ken Buck for getting this on the record:

Buck: “Could you charge the president with a crime after he left office?”

It’s now on the official Congressional Record that Trump can be charged with obstruction and prosecuted after he leaves office based on the evidence presented by the Mueller report. That could happen in 2021 or in 2025 or sooner if he’s impeached, but the bottom line is that Republicans stand to suffer quite an embarrassment that they will be tied to for years to come since they have been trying to protect Trump at all costs even though it’s clear he obstructed justice in an effort to interfere with a legitimate federal investigation into Russian meddling during the 2016 election.

Buck may not know it yet, but he just royally f*cked Trump and the GOP, proving once again that Republicans are not only complicit, they are their own worst enemy.