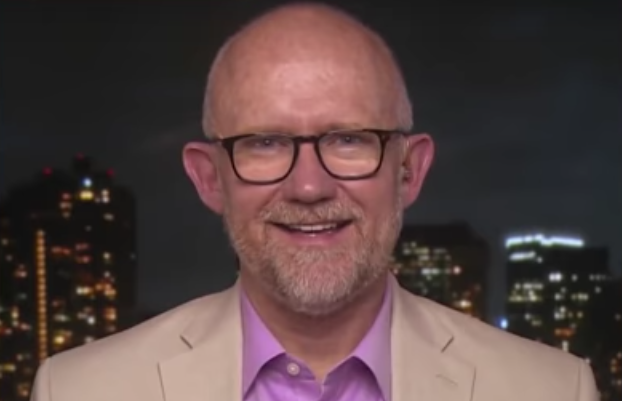 On Tuesday, Trump lashed out at former staffer Cliff Sims for writing a tell-all book about the chaos inside Trump’s administration as well as detailing some embarrassing moments Trump has had in the last two years.

A low level staffer that I hardly knew named Cliff Sims wrote yet another boring book based on made up stories and fiction. He pretended to be an insider when in fact he was nothing more than a gofer. He signed a non-disclosure agreement. He is a mess!

Trump’s 2020 campaign then announced it would pursue a lawsuit against Sims for breaking the NDA agreement.

The problem is that these NDAs are nothing but a scheme to silence public servants, and they apparently reach even beyond the end of Trump’s presidency. So, the question is what is Trump so desperate to hide?

Well, Rick Wilson has an idea, and he revealed it while trashing the scheme at the same time.

1/ This whole story of Cliff Sims and the NDA reminds us just how dependent Trump’s entire scam is on the use of a gag contract.

I’ve signed a ton of NDAs over the years to protect IP for clients, for sensitive projects, and for HNW people. They have a place.

2/ But for Trump, it’s always been about protecting him from revelations about his roving penis, his shady-ass business practices and his terrible behavior.

3/ The people who sign them are buying in to the collective delusion of Trumpism that there’s some esoteric there, there.

The WH NDA is roundly dismissed as unenforceable (at least I haven’t seen anyone argue they’re valid.).

4/ The Trump NDA wall will eventually break, and open up vast avenues for reporting.

Indeed, legal experts agree that Trump’s attempt to enforce the NDAs will be laughed out of court.

As Loyola Law School professor Jennifer Levinson wrote after Omarosa wrote her own book about her time in Trump’s inner circle, “government employees are public servants. Let me repeat — they are hired to serve the public, even if it doesn’t always seem like it. They are also paid with public funds. And therefore, barring national security or significant privacy concerns, government employees should be able to tell the public — who they work for — about their service in government.”

“Trump can attempt to bully or cajole his employees into signing any agreement he wants,” she continued. “But are those agreements enforceable? It seems unlikely. There’s a strong case to be made that NDAs signed by White House employees violate the First Amendment and also public policy, making it doubtful that a court would agree to enforce them.”

And if a court slaps down the Trump campaign’s lawsuit against Sims, the floodgates will open as staffers who signed these ridiculous agreements start ignoring them and reveal the truth to the American people that Trump doesn’t want us to hear.