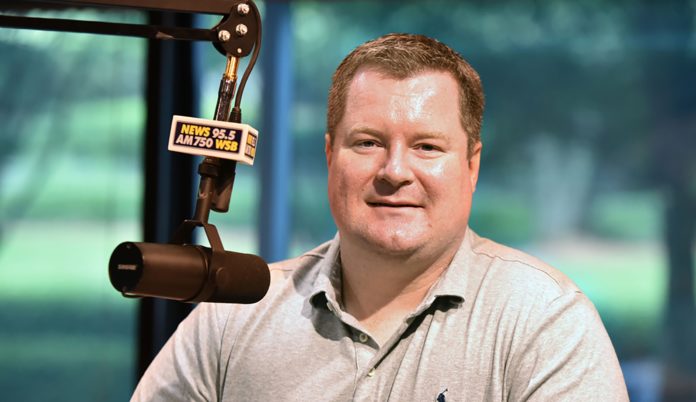 Right-wing radio host and blogger Erick Erickson says that if accused pedophile Jeffrey Epstein had abused young boys and dressed them in drag, progressives would be rushing to defend him. 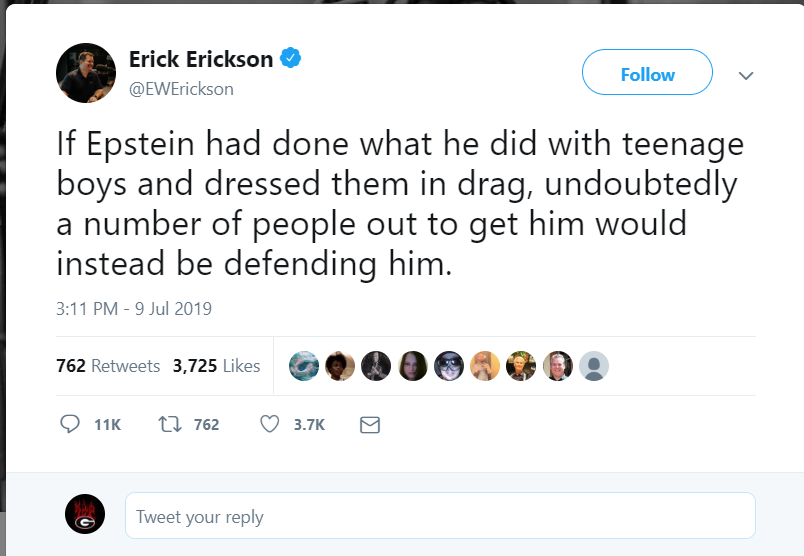 That disgusting claim was quickly countered from both sides of the aisle, with liberals and conservatives noting that Erickson had stepped over the line. Take a look:

Scorching hot take, but the people you’re trying to burn were pretty consistently outraged at sexual abuse of boys within the Catholic Church.

In case anybody is confused, Erick is trying to score political points off little girls being sexually assaulted, because Erick is a pig-ignorant bigot with a prurient fixation with gays. He’s also just kind of a piece of shit.

“Why does anyone take Erick Erickson seriously?” https://t.co/HBwvfvPPlW

There were also reminders for Erickson that he had defended accused child molester Roy Moore:

But most people were so disgusted with Erickson that they pelted him with disdain and facts:

There’s a really strong impulse—compulsion, maybe—among Republicans to do the horrible things that they imagine Democrats secretly do but, in reality, don’t. https://t.co/XLedLCn9PC

What the hell is wrong with this dude? You see anyone here defending Kevin Spacey? Go fuck yourself, you putz. https://t.co/xsaSJ9zSJk

Holy crap, he actually thought this…then typed it out…then looked at it…and still hit “Tweet” and sent it for all of us to see. https://t.co/p8E9Ryl26F

No, I’m pretty sure we would have all thought that was incredibly messed up.

I bet your mom is proud.

Whataboutism isn’t a strong argument to use in child rape cases, regardless of politics. Nice try.

At this point, there’s really only one way Erickson can possibly atone for what he posted: He should apologize and then delete his Twitter account.