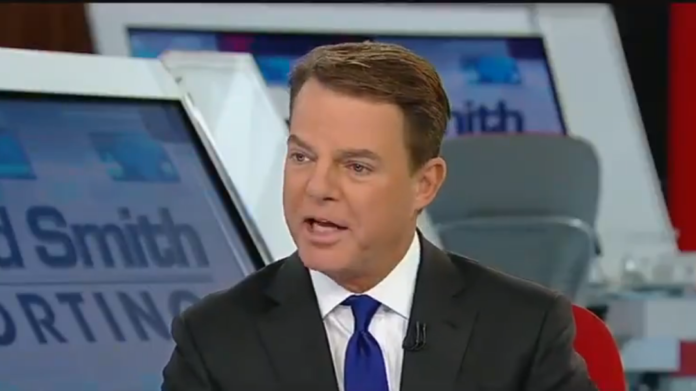 While Fox News loves to trumpet itself as “fair and balanced,” one of the few hosts at the network who actually abides by that motto is Shep Smith.

Smith proved again on Friday that he’s not afraid to call his colleagues out when they get their facts wrong and try to spin the news in favor of the White House.

When Chris Wallace commented that the ongoing government shutdown — which is now in its 29th day — could be blamed on President Donald Trump and Congressional Democrats, Smith quickly retorted:

“This back and forth thing is just not credible. The president said: ‘I’m shutting down the government. I’ll own the shutdown. I’m proud to carry the mantle.’ And he shut the government down. And that’s that.”

“Well, I mean it takes two to tango.”

But Shep was having none of it, telling Wallace:

“There’s no tango here. The president said, ’I’m shutting the government down.'”

That’s when Smith reminded his colleague of recent election results:

“They won 40 seats plus in the House of Representatives and they’re not giving him a wall. (Trump) can reopen it tomorrow just like he closed it down. It’s all on him, isn’t it?”

Why should Democrats give an inch on the wall when they’ve promised not to fund it and Trump couldn’t get it done when he had control of both houses of Congress? If anyone’s to blame for both the shutdown and the absence of the border wall, it’s Trump, who clearly isn’t much of a salesman and is catering to the likes of Ann Coulter and Rush Limbaugh.

Trump will address the nation this afternoon at 3 p.m. It’s not clear what he’ll say or if he’ll end the shutdown, but here’s one thing you can count on: He’ll desperately try to claim he won and blame others for his own failures.

Here’s the video of Shep vs. Chris:

Shep: This back and forth thing is just not credible. The president said I’m shutting down the government. I’ll own the shut down. I’ll carry the mantel, and he shut the government down. That’s that.

WALLACE: Well, I mean it takes two to tango.