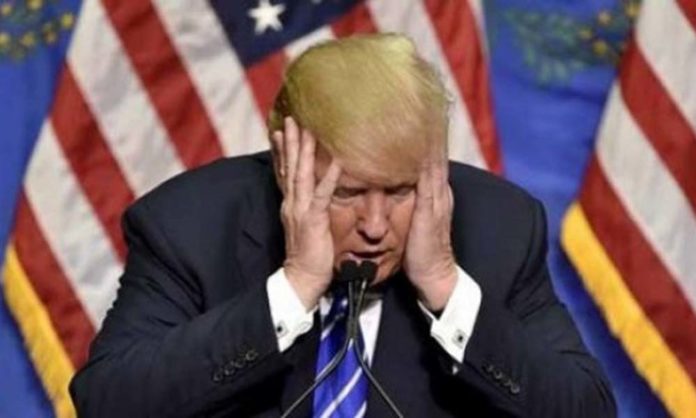 UPDATE: Trump has threatened the entire census and is saying he will hold it hostage till he gets what he wants. (full story below update/tweets)

Seems totally ridiculous that our government, and indeed Country, cannot ask a basic question of Citizenship in a very expensive, detailed and important Census, in this case for 2020. I have asked the lawyers if they can delay the Census, no matter how long, until the…..

…..United States Supreme Court is given additional information from which it can make a final and decisive decision on this very critical matter. Can anyone really believe that as a great Country, we are not able the ask whether or not someone is a Citizen. Only in America!

President Donald Trump thought the Supreme Court would easily pave the way for him to include a racist citizenship question on this year’s Census. The high court, however, threw a wrench in his plan instead.

But Trump and Republicans had a racist plan to scare Hispanic people from participating by proposing the addition of a citizenship question. And we know it’s a racist suppression tactic because a GOP operative admitted as much in documents on his hard drive.

Opponents of the question challenged Trump in court and won, but Republicans truly believed Trump had rigged the Supreme Court enough in his favor that he would ultimately get to add the question.

Only the Supreme Court did not play ball, and agreed with Southern District of New York Judge Jesse Furman, who sent the question back to the Census Bureau demanding more information after ruling the question “arbitrary and capricious.”

The 5-4 decision means the case has been delayed, which mean the Census Bureau does not have time to add the question since the forms need to be finalized by Monday. It’s unlikely the lower court and the Supreme Court will rule definitively on this case by then. There’s just not enough time.

Even Fox News legal analyst Andrew Napolitano says that the decision is a major defeat for Trump.

“I must tell you, at first blush, just skimming through this, this is a significant defeat for the Trump administration and for the president personally who of course wanted this question on there,” he said on Fox News Thursday. “One of the reasons it won’t be on is that there is a companion case in Maryland, and in that case, the judge has decided to scrutinize the information in the hard drive of the political operative who came up with this idea stated differently. All these allegations about the racial bias in support of the census question will now be litigated not by one, but by two federal courts and the question, it appears, will not be on the census for 2020.”

And because the Census is not required again until 2030, there is more than enough time to put a Democratic administration in charge to make sure such a question is not added a decade from now either.