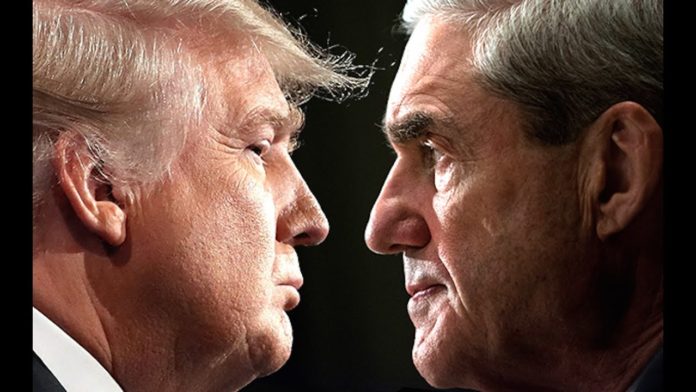 Even though 19 people have already been indicted by Special Counsel Robert Mueller as part of his investigation into the 2016 election, the White House continues to say Mueller is engaged in a “witch hunt” and only interested in drawing out the probe as a way to attack President Donald Trump politically.

The latest administration official to go on television and whine is Marc Short, who serves as legislative affairs director for the White House. Short was a guest on Meet the Press Sunday, and no sooner did he sit down than he started complaining about the Mueller investigation, telling host Chuck Todd:

But as I recall, Republicans were in favor of Ken Starr’s work, so why is Short making a comparison to the matter of former President Bill Clinton and Monica Lewinsky?

“The special counsel has challenges that continue to go wide-ranging, and this presidency, this administration has cooperated, provided thousands of documents. Taxpayers spent millions on this investigation. And to date, we continue to cooperate without evidence of collusion. So yes, I think the president expresses a lot of frustration with where this investigation is.”

If the president wants to see the investigation end, why is he so reluctant to sit down with Mueller’s team for an interview? Why should an innocent man be the least bit worried about the Russia probe if he did nothing wrong?

Asked if the ongoing probe is affecting Trump’s ability to get legislation passed (considering that he only has one legislative victory since taking office 15 months ago, Short replied:

“I don’t think it hurt our ability. We are making the case as thousand the tax plan is helping Americans and how deregulation is helping the economy and how we have a booming economy with 3 percent GDP (growth).”

But recent polling shows most Americans think the tax cut for the wealthiest was a big mistake, and that’s very bad news for the GOP as the midterm election grows nearer by the day.

If Trump thinks the Mueller probe is a distraction, wait until Republicans lose the House and impeachment hearings begin. He may dislocate his fingers he’ll be tweeting so damn often.