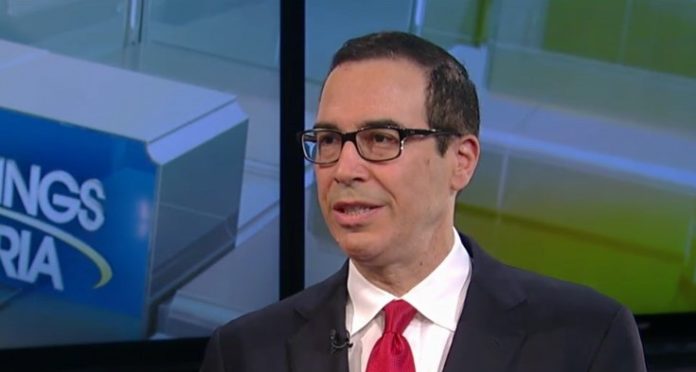 On Sunday, Treasury Secretary Steven Mnuchin sent out a tweet that was clearly meant to calm financial markets and boost confidence in the stock market, which has fallen precipitously in recent days.

Instead, Mnuchin’s tweet only served to further rattle investors.

Here’s the posting Mnuchin made:

As the Washington Post reports, that one tweet set off panic among many in the financial community:

“Panic feeds panic and this looks like panic in the administration. Suggesting you might know something that no one else is worried about creates more unease.”

“It’s going to raise the question of whether Treasury and Mnuchin know something the markets don’t. Without clarifying further, it’s going to weigh on the markets.”

As it turns out, even White House advisers are saying that Mnuchin screwed up with his tweet, with one commenting:

“No one thought we were at crisis level. It’s going to create more of an issue than we had already.”

With 2019 just around the corner, the market under Trump has lost all of its 2018 gains, causing great concern among banks and individuals who see the balance in their 401(k) retirement plans shrinking with each trading session.

So, on the day before Christmas, the stock market, which is already on unsteady footing, is set to open with one eye on the Mnuchin tweet and the other on the growing uncertainty being caused globally by Trump’s continued trade war.

What does all of this mean? Well, as Damian Paletta of the Post remarked:

Stock market futures are suggesting today could be a bloodbath, one day after Mnuchin’s unusual call to bankers from Mexico and two days after news of Trump potentially firing Powell. https://t.co/2ZXNsqq3TH