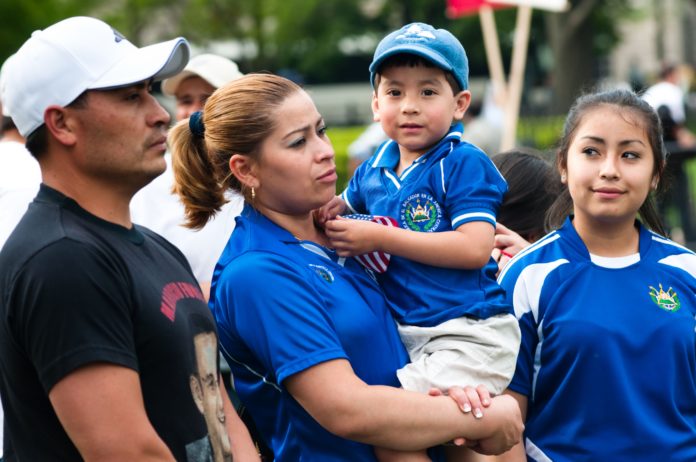 The Trump administration announced on Monday that it is moving to end asylum protections for most immigrants from Central America by issuing a new rule pertaining to migrants from certain countries, NBC News reports:

The new rule says asylum-seekers at the southern border who pass through another country and do not seek asylum there will not be eligible for asylum in the United States, according to a statement from the Departments of Justice and Homeland Security.

As a practical matter, it means that migrants coming from Honduras, Guatemala and El Salvador cannot seek asylum if they didn’t first do so in Mexico. The rule would also apply to many other asylum-seekers who come to the U.S. southern border from other countries.

Department of Homeland Security Acting Secretary Kevin McAleenan had this to say in a statement:

“Until Congress can act, this interim rule will help reduce a major ‘pull’ factor driving irregular migration to the United States and enable DHS and DOJ to more quickly and efficiently process cases originating from the southern border, leading to fewer individuals transiting through Mexico on a dangerous journey.”

The Mexican government, however, has not agreed to the new rule:

The change is a unilateral move by the Trump administration and has not been agreed to by Mexico. American officials were negotiating a similar deal with Guatemala, which would have required immigrants from El Salvador and Honduras to apply for asylum there. But that deal, and a meeting with Guatemalan President Jimmy Morales, was abruptly called off on Sunday after the Guatemalan Constitutional Court ruled against the proposal.

There would be only three exceptions under the new policy:

While the administration has published the new rule in the Federal Register, it will undoubtedly be challenged in court, HuffPost notes:

U.S. law allows refugees to request asylum when they arrive at the U.S. regardless of how they did so, but there is an exception for those who have come through a country considered to be “safe.” But the Immigration and Nationality Act, which governs asylum law, is vague on how a country is determined “safe”; it says “pursuant to a bilateral or multilateral agreement.”

Nearly all of the administration’s previous efforts to limit asylum claims filed by immigrants have been blocked by the courts.