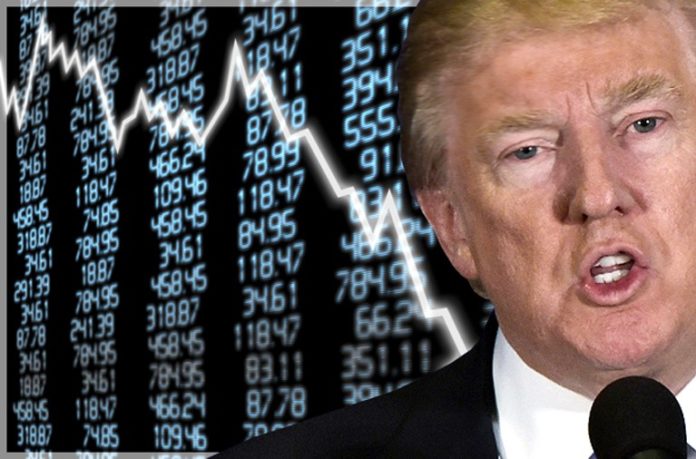 The U.S. stock market has been in the doldrums over the past few months, with all of the gains for 2018 being wiped out a couple of weeks ago. Things have gotten so bad for the financial markets that President Donald Trump had even stopped tweeting out self-congratulations during market upticks.

Until Monday, that is, and now the president is desperately trying to blame the market downturn on the new Democratic majority in the House of Representatives:

The prospect of Presidential Harassment by the Dems is causing the Stock Market big headaches!

Let’s be perfectly clear, so even a typical Trump acolyte can understand the basics: The market was starting to skid long before the election, and in recent months has been reacting to other factors such as the president’s trade war and the Federal Reserve’s increase in interest rates to help stave off inflation.

As for “presidential harassment,” what Trump neglected to note is that Congressional oversight is called for in the Constitution and has nothing to do with economic policy or the stock market. But a report Monday suggesting that House Democrats have identified dozens of scandals involving the president they plan to investigate when they take control of Congress in January, is likely what set Trump off.

Fortunately, plenty of others on social media were only too happy to give Trump hell for blaming his own failure on others, the way he so often does:

Markets tanked in October. It was already down to 2017 levels because of the #GOPTaxScam and #TrumpTariffs.

No, it’s not. They have nothing to do with one another, and it’s NOT CALLED HARASSMENT, it’s called Congressional OVERSIGHT, which is part of the CONSTITUTION! Maybe you should read up on it, jackass.

And it soared the day after democrats took the House piglet!

The stock market was plummeting before the election (lost all its gains in 2018 ) — and then when the Democrats TOOK THE HOUSE after the midterms, it began to rise. STOP LYING.

Here’s something you can count on: If the market suddenly starts to rise again, Trump will try to take credit for it.