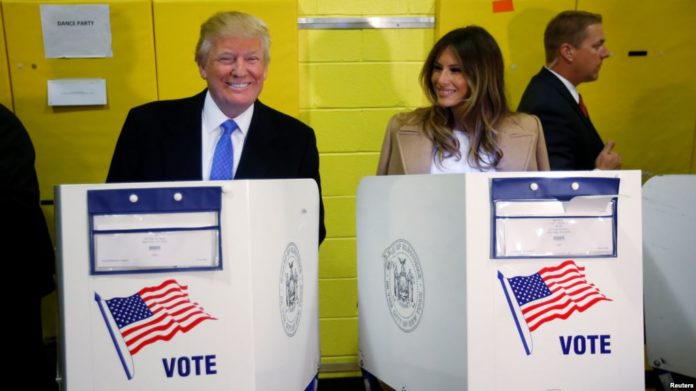 With the midterm election now just two weeks away, President Donald Trump and Republicans are worried by what they see: Anger among voters, historically high early voting numbers, and polls showing that Democrats are on the verge of taking control of Congress.

But rather than offer policy proposals or change the tenor of the debate, Trump decided he’d threaten voters on Saturday.

Even though there have been no reports of voting irregularities or other illegal behavior by those casting ballots, the president posted this on Twitter Saturday evening:

All levels of government and Law Enforcement are watching carefully for VOTER FRAUD, including during EARLY VOTING. Cheat at your own peril. Violators will be subject to maximum penalties, both civil and criminal!

Trump’s tweet cited no evidence of any wrongdoing and his tweet seems to have been blatant voter intimidation.

In the past, Trump has claimed that millions of people voted illegally in the 2016 election, alleging that’s why he lost the popular vote to Hillary Clinton by nearly 3 million ballots:

In addition to winning the Electoral College in a landslide, I won the popular vote if you deduct the millions of people who voted illegally

The blatant hypocrisy and stunning irony of Trump’s tweet wasn’t lost on social media, and he was immediately reminded of how Republicans have long tried to keep people from voting in the United States:

If the left were “rigging” elections’ please explain how the right has control of all three branches? Can’t, huh?

Unless they vote for you…https://t.co/txQzsq8rDg

What about Secretary of State of Georgia, Brian Kemp? Will his deeds of voter suppression be dealt with, too??? Will you hold HIM accountable for his fraud?

What’s the penalty for colluding with a foreign adversary to win the White House?

Why are you grandstanding about this issue anyhow? It’s mostly the same electorate that got YOU into the office, fraud or not.

You know how this works; why stuff the ballot boxes when you can manipulate the legal voters with demagoguery and misinformation?

You sound terrified that despite making it near impossible to vote for some people and the gerrymandering, your party will lose many seats.

Trump sounds scared, and he should be. People are sick and tired of his crap and ready to send a message to him and his GOP enablers. Time for all of us to make sure that message resounds across the nation and deep into the heart of Washington, D.C. VOTE!