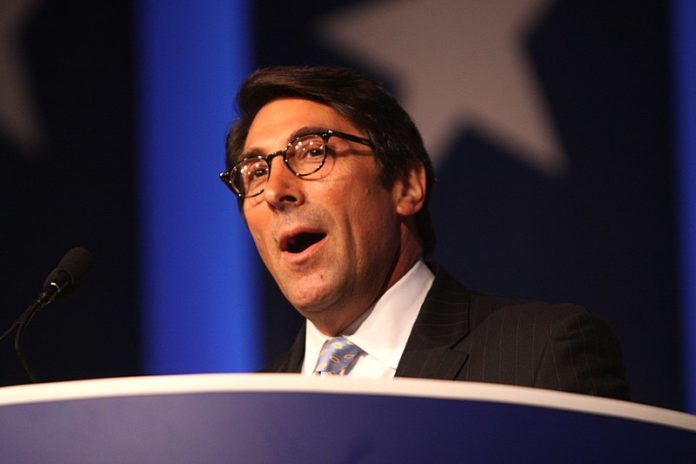 Vice-President Mike Pence’s criticisms of Obama’s executive action to protect undocumented children through DACA in 2014 are a prime example of hypocrisy by Republicans who are letting Trump get away with declaring a national emergency now.

But it turns out the hypocrisy runs even deeper than that as his own attorneys also fought Obama’s policy back in the day as Green pointed out in his latest column this weekend.

“In April 2016, in a brief to the Supreme Court attacking Obama’s unilateral expansion of the Deferred Action for Childhood Arrivals (DACA) program, Sekulow painted Obama as a despot,” Green wrote.

“Echoing James Madison, founding father and fourth president, Sekulow thundered that the ‘accumulation of all powers, legislative, executive and judiciary, in the same hands … may justly be pronounced the very definition of tyranny’. He also compared Obama and his executive order to Harry Truman’s unconstitutional seizure of America’s steel mills during the Korean war.

“According to Sekulow, Truman ‘violated controlling precedent and abdicated [his] constitutional duty to faithfully execute the law'”.

Truman’s attempted seizure of the steel mills in 1952 is an important part of Sekulow’s argument because Trump did it by declaring a national emergency. But even though it was a declaration during a time of war, the Supreme Court ruled it unconstitutional, setting a precedent that the Supreme Court should apply today to Trump’s equally unnecessary declaration.

Harvard law professors and Rep. Adam Schiff have both used Truman’s declaration to argue that Trump’s declaration is just as unconstitutional or even more so.

The difference between Obama and Trump is that Obama did not declare a national emergency despite how hard Sekulow tried to tie his executive action to one.

Francisco also criticized Obama, even going so far as to accuse him of trying to usurp the powers of Congress, accusations Senate Majority Leader Mitch McConnell (R-Ky.) and Sekulow agreed with”

As much as presidents may desire an escape-hatch from Senate confirmation, the constitution does not provide one”, Francisco wrote. Channeling his inner Cicero, he added that the separation of powers between the president and Congress “protects against the abuse of power” that “is critical to preserving liberty”.

Completing this tableau, Sekulow and his client, then House speaker John Boehner, sided with Francisco. As for Senator Mitch McConnell and 44 of his Republican colleagues, they accused Obama of seeking to “usurp” their powers.

Obama’s use of executive orders and recess appointments, which Republicans called tyranny just a few years ago, pale in comparison to what Trump is doing now. They have no problem with Trump declaring a national emergency to undermine Congress’ power of the purse to unilaterally build a wall Congress did not approve of and that the American people oppose. Trump’s lawyers know what he is doing is unconstitutional. They even admit it in legal arguments to the highest court in the land.

Clearly, this is yet another case of Republicans actually doing what they falsely accuse Democrats of doing.