The United States Blues
Home News Bill Maher dunks on Trump’s stupidity over the wall and his attacks... 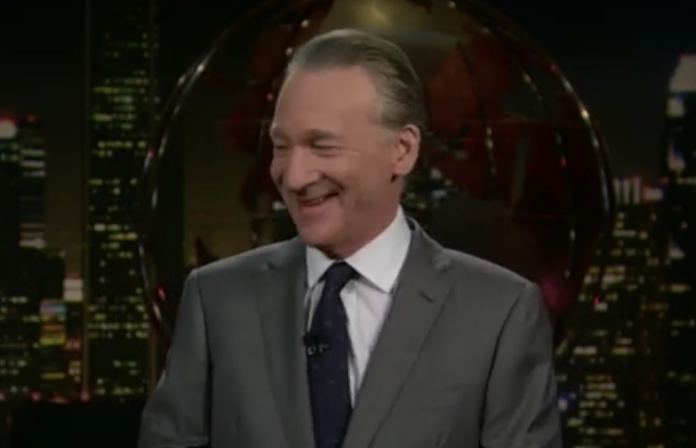 HBO host Bill Maher tackled more of President Donald Trump’s stupidity on this week’s episode of “Real Time” on Friday, and he did not disappoint.

All week long, Trump has been insisting that his wall is already being built with available money he supposedly found, yet he is still demanding Congress give him funding for the wall or else he’ll shut the government down again or declare a national emergency.

Maher was so confused he couldn’t tell if Trump is lying or has dementia.

“Today, the bullsh*t rose past eye-level,” Maher began after quipping that it’s so cold in New York right now that Sean Hannity’s lips are stuck on Trump’s a**. “Now Trump is saying he’s already built the wall! He’s saying ‘with cash on hand.’ Well then why did we just have this f*cking shutdown?!”

Indeed, why would Trump need Congress to approve funding if the wall is already being built? It makes no sense.

“I can’t tell where the lies end and the dementia begins,” Maher continued, telling the audience that Trump is getting many of his talking points from the film “Sicario: Day of the Soldado,” which includes women being taped up and prayer rugs being found along the border. “He cannot tell fiction from reality.”

Maher then expressed absolute disgust that Trump is attacking his own intelligence officials, who contradicted him during testimony to the Senate Intelligence Committee on Tuesday. Trump claims North Korea is denuclearizing but the intelligence chiefs say the opposite is true. Trump says Iran is pursuing nuclear weapons but the intel says otherwise. The intelligence chiefs say Russia is still meddling but Trump insists Russia is innocent. And Trump claims ISIS has been defeated but intel says thousands of fighters remain on the battlefield and will regroup if we abandon our allies in the region.

“He couldn’t be less informed if his head was in a jar,” Maher said, going on to call Trump “aggressively stupid” before moving on to the Super Bowl on Sunday. At first, Maher said he wants the New England Patriots to lose, but then changed his mind because there would “finally be some real patriots in the White House.”