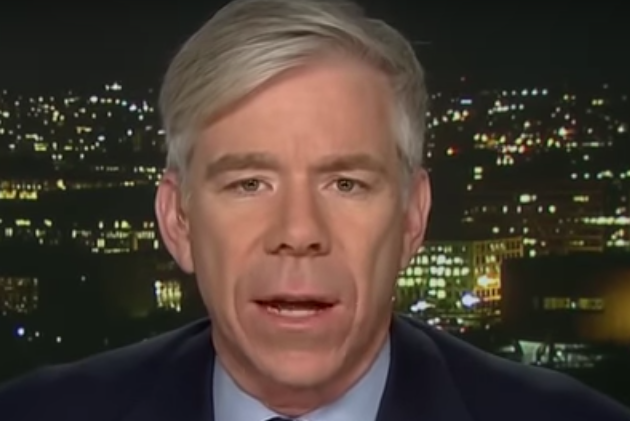 CNN’s David Gregory previewed President Donald Trump’s upcoming State of the Union address (SOTU) on Tuesday morning by pointing out the hypocrisy of Trump’s attempt to call for unity around his wall.

The SOTU is being delivered a week late this year because of the government shutdown that lasted 35 days over Trump’s refusal to sign a funding bill that didn’t include his wall, the same bill he ended up signing anyway after he caved last month.

On tonight’s agenda, Trump is expected to once again demand his border wall and utter the same old tired lies that he has been trotting out repeatedly to argue for it, such as that it will stop drugs (It won’t) and illegal immigration, which is already at record lows without the wall.

Apparently, Trump is going to appeal to the country by attempting to call for unity even though Trump himself has repeatedly undermined that strategy already with his vicious attacks on House Speaker Nancy Pelosi (D-Calif.) and Democrats, as Gregory explained on CNN this morning.

“One of his biggest weaknesses is he’s totally inconsistent, which is why I think these big moments have not been big for him, because he plays them small,” Gregory said. “He can talk about bipartisanship and areas where we can work together, but he’s basically said that the Speaker sitting behind him is supportive of human trafficking because she won’t give him money for a wall. It’s just not serious. And that’s where he looks small as president instead of using all the trappings of the office, which is another opportunity tonight.”

“I think she is very bad for our country,” Trump said. “She knows that you need a barrier. She knows that we need border security. She wanted to win a political point. I happen to think it’s very bad politics because basically, she wants open borders. She doesn’t mind human trafficking or she wouldn’t do this.”

In short, human trafficking victims come through legal ports of entry before they even know they are victims. That’s because they are recruited by people promising them real jobs and a better life, only to discover that once they reach their destination inside the United States that the promise was a lie by whoever scammed them.

A wall is not going to stop drugs or crime or illegal immigration or human trafficking like Trump claims. He’s lying, and he’s going to continue repeating the same lies on national television during the SOTU address just like he did during the Super Bowl interview and his Oval Office address last month. Any unity Trump calls for is fake and hypocritical and Americans will see right through it because he’s only doing it in a desperate effort to get support for an ineffective and expensive wall we don’t really need.