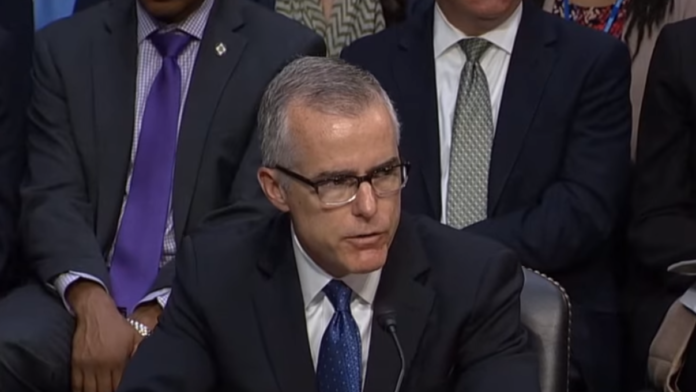 If you were wondering just how powerful the resistance to President Trump is, consider this: Andrew McCabe, the former Deputy Director of the FBI who was fired by Attorney General Jeff Sessions earlier this month, just hauled in a load of money for his legal defense fund, and it took him less than 24 hours to do so.

On that GoFundMe page you find this message:

“Andrew McCabe’s FBI career was long, distinguished, and unblemished. His reward for that has been a termination that was completely unjustified, amidst repeated ad hominem attacks by the President of the United States.”

Despite his 20 years of service, McCabe was dismissed just days before he was eligible to collect his full pension in what many critics saw as a politically motivated hit job on the career public servant that was led by the president, who repeatedly suggested on Twitter that McCabe needed to be fired, apparently because he was a close friend of former FBI Director James Comey and played a role in beginning the federal investigation into a possible conspiracy between members of the 2016 Trump campaign and Russia.

Sessions cited a report from the Justice Department’s inspector general when he terminated McCabe. That report alleged that McCabe had leaked information to reporters and lied about his actions.

However, McCabe has strongly disputed the findings of the IG report, which has yet to be made public. He alleges that he was let go to discredit him as a potential witness in the investigation being conducted by Special Counsel Robert Mueller into the 2016 race for the White House.