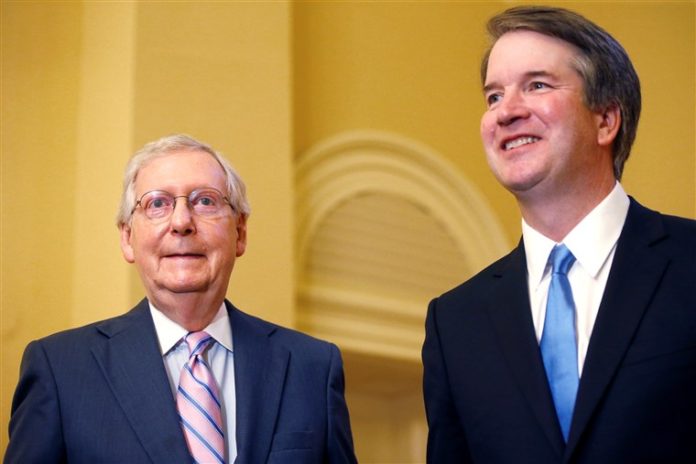 The New York Times report alleging that Supreme Court Justice Brett Kavanaugh sexually assaulted another woman and that the information was withheld from Senate Judiciary Committee which eventually confirmed Kavanaugh has Democrats crying foul and suggesting that impeachment hearings should begin immediately to remove him from the high court.

Democratic presidential candidate Julian Castro said Sunday that Senate Majority Leader Mitch McConnell and Senate Republicans are to blame for putting Kavanaugh’s nomination on an expedited schedule and making sure he was eventually confirmed.

Castro appeared on MSNBC via phone and was asked by host Joy Reid:

“Do you believe there was misconduct in this case by the FBI and the Department of Justice or even by the senators who seemed uninterested in finding out of what really happened with this very brief investigation of Mr. Kavanaugh?”

“Based on this report, I absolutely believe that. In the least, I think Congress, the House of Representatives should immediately open up a review of that investigation of why that information was not followed up on by the FBI. Why it was not made available to Democrats on that committee. It is completely outside the bounds of the normal process of a nomination for the FBI not to follow up on those kinds of leads.”

Castro also agreed with Reid’s characterization of Kavanaugh as a “sexual predator,” before adding:

“I don’t think any of them have clean hands. Republicans were controlling the Judiciary Committee, Mitch McConnell, the FBI, [Attorney General ] Bill Barr, the DOJ, all of them. This information that we have very compellingly points to trying to cover up that evidence so it will not make the light of day or derail Kavanaugh’s nomination.”

Having someone on the highest court in the land who has been accused by multiple women of sexual assault is an insult to everything the Supreme Court stands for. There should indeed be a full investigation. If it can be proven that Kavanaugh or anyone connected with his confirmation broke the law, charges should be filed. And if the sexual assault allegations against Kavanaugh are genuine, he should not be allowed to remain in the court.