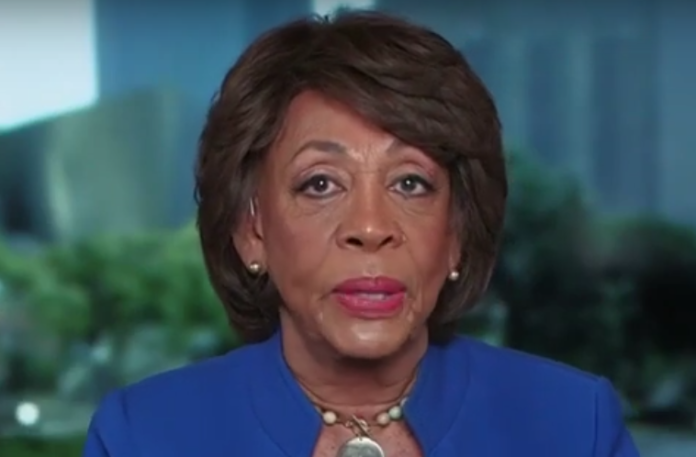 During a segment of her MSNBC program, host Joy Reid discussed the Buzzfeed story about Michael Cohen allegedly being directed to lie to Congress by Trump, which resulted in more support for impeachment.

But then Special Counsel Robert Mueller issued a rare statement calling the report “inaccurate” although Buzzfeed continues to stand by their reporting.

Asked if Mueller’s statement hurts the impeachment movement, Waters argued that it doesn’t because Mueller did not outright call the whole report false, which is true.

“He didn’t say it’s an absolute lie,” Waters said. “The way he framed it, it made it sound as if there were some problems with the way that Buzzfeed did it, but it did not absolutely close out the possibility that what Buzzfeed is saying has a lot of truth to it.

Indeed, Waters’ analysis falls in line with what many other legal experts have said about the statement.

Waters continued by declaring how proud she is that more people are finding the courage to at least talk about impeachment and called it “inevitable” because of everything she has seen about Trump.

“I certainly think he qualifies for impeachment,” she said.

“We have the consultants and the pundits and all of them saying don’t talk about the impeachment,” Waters continued. “His supporters are going to be there for him no matter what — we know what percentage that is. So waiting for Mueller, to get permission based on his report to do this, is not something that I agree with. If the leadership and others have decided what they want to do, that’s what they are going to do, but I have to tell you that I believe in the final analysis, they can only come to that conclusion.”

Waters then explained the reasons why she believes Trump should have already been impeached.

“The Russians have hacked into the Democratic National Committee and they undermined our election systems,” she said. “They have done everything to basically undermine our democracy and this president disregards our constitution whatever his relationship is with Putin. He will not criticize him. He absolutely defends him…This president is not good for this country or this democracy. He’s using the power of the presidency for himself and for whatever relationship he is developing with Russia. Enough has unfolded about this president that he is willing to align himself with the enemy to make money.”

And she’s right. The fact that the FBI suspected Trump is working for Russia and opened an investigation should be enough to spur the American people into overwhelmingly demanding impeachment. But now we also know that Trump has desperately tried to keep his private talks with Putin a secret from everyone, which makes one wonder what they were talking about.

And he is also trying to withdraw the United States from NATO, which would tip the balance of power to Russia and make Putin very happy since destabilizing Europe and invading it is one of his goals. And he has lifted sanctions against Putin-connected Russian companies.

Clearly, there are more than enough reasons beyond criminal matters to impeach Trump, and that’s why Maxine Waters has no intention to stop seeking that action.