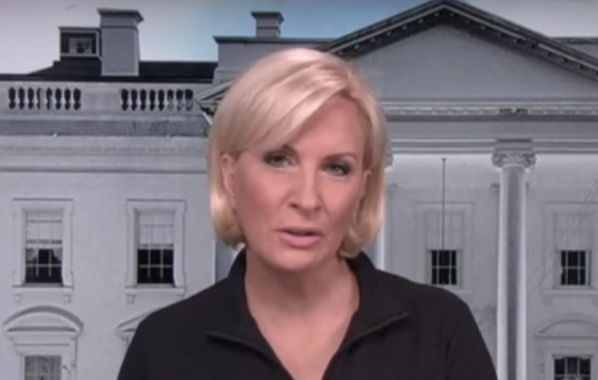 Morning Joe host Mika Brzezinski explained on Tuesday why President Donald Trump is freaking out so much on Twitter after days of temper tantrums as his legal troubles mount, and much of it has to do with Fox News beginning to come around to reality.

Ever since being named as an unindicted co-conspirator in court documents referring to him as “Individual 1” for coordinating with and directing Michael Cohen to commit campaign finance felonies to benefit his 2016 campaign, Trump has been slowly but surely losing support on Fox News, especially since legal analyst Andrew Napolitano has been making the rounds informing various hosts and anchors on the network just how bad Trump’s legal problems are even as some continue desperately defending him.

Napolitano has shut down claims that Michael Flynn was a victim of entrapment by the FBI, confirmed that the campaign finance violations committed by Cohen at Trump’s direction are, indeed, felonies and that there is solid evidence proving it. On Monday, the former judge told Shep Smith that the scope of Trump’s crimes could mean he has already been indicted.

Napolitano is apparently having an effect. At least that’s how Mika sees it.

“Fox News analyst Andrew Napolitano is laying out quite a scenario after the president was implicated in the case of his former fixer and lawyer Michael Cohen,” she said. “Napolitano suggests the president, who’s been identified in open court as Individual-1 could already be indicted for directing Cohen to break election law by paying off two women to keep his alleged affairs secret.”

“There’s ample evidence to indict the president is they want to do it,” Napolitano told Smith in the video played by Morning Joe.

Media experts have observed that it’s likely most Fox News hosts and contributors will go down with the ship, but if Fox viewers begin to turn on Trump and the ratings suffer as a result of Fox News continuing to support a criminal president, the network could do an about-face. And that could happen soon as Trump is now being investigated on multiple fronts by professional prosecutors. Fox won’t be able to deny reality forever, and once they stop, Trump will have lost his biggest ally.