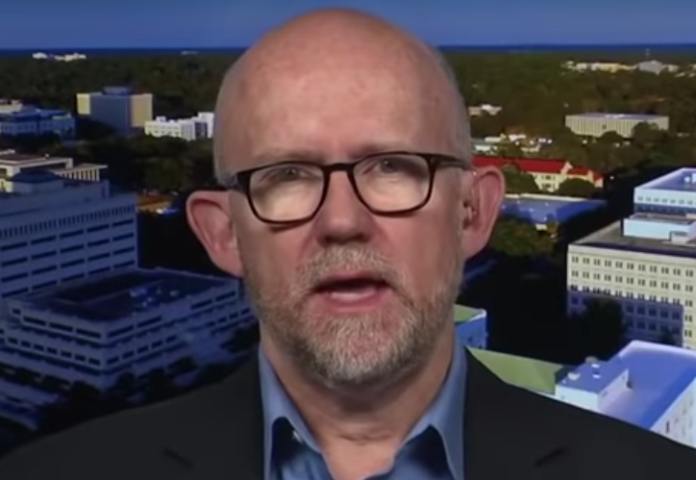 Trump aimed his rage at the FBI and the Russia investigation in response to a New York Times report revealing that the FBI opened an investigation into him over fears that he is working for Russia after the firing of former FBI Director James Comey, a termination Trump bragged would help him undermine the probe.

The bombshell report is a major blow to Trump because counterintelligence agents must have had significant evidence to the sitting president the subject of such an investigation.

That led to Trump’s tantrum, which included over a dozen rage tweets in under a couple hours attacking everyone from the media to the FBI to Mueller to Hillary Clinton all while claiming to be a victim and that he’s “tougher on Russia” than anybody.

Wilson, of course, had a field day with Trump’s panic. He pointed out that Trump and his team are not denying this investigation is real, but are lashing out to keep his base from abandoning him.

“Proof of his collusion with Russia, the proof of the conspiracy of his campaign to cooperate with Russia, his long-standing business ties with Russia and post-election behavior toward Russia has raised not just a few red flags but a whole sea of red flags,” Wilson continued, explaining that Trump’s rant is politically and legally insufficient. “It seems these folks don’t have their message together because there’s not a real defense here. Donald Trump said these things to Lester Holt, he said these things in the Oval Office to the Russians.”

Indeed, Trump told Holt during an NBC interview that he fired Comey to undermine the Russia investigation, and he bragged to the Russians about Comey’s firing inside the Oval Office, quipping that the “pressure is off” regarding the probe.

“God knows what he said to Putin in Helsinki behind closed doors,” Wilson concluded. “This is a rising tide of trouble to this president.”

Wilson is right to be concerned. After all, Trump did meet with Putin in private prior to his disastrous press conference in Helsinki during which he defended Putin and threw our intelligence agencies under the bus in a disgraceful act that drew outrage across the country from Democrats and Republicans alike.

There may very well be something more sinister about Trump’s ties to Russia that we don’t know about, and that may be why Trump and his legal team are so desperate to read Mueller’s final report before it goes public. Because once it goes public, Trump is finished.