The United States Blues
Home News Trump brags about ordering potential strike on Iran to distract from his... 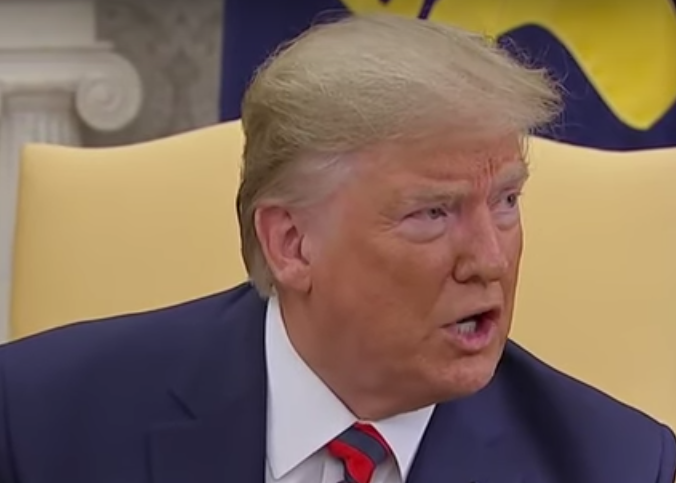 Remember when President Donald Trump accused former President Obama of preparing to go to war with Iran in order to distract the media and the public prior to an election? Well, Trump is now bragging about actually doing it himself.

During the 2012 election, Trump repeatedly warned that Obama would start a war with Iran in order to win a second term.

Now that Obama’s poll numbers are in tailspin – watch for him to launch a strike in Libya or Iran. He is desperate.

Don’t let Obama play the Iran card in order to start a war in order to get elected–be careful Republicans!

As we all know, Trump is underwater in several swing states and is losing to the top Democrats in the field, even losing support in traditional red states, all because of his trade war with China that is harming the economy.

Trump is also in the middle of several unfolding scandals, one being him profiting off the military and government officials staying at his properties, and the other being the whistleblower complaint about an inappropriate phone call between Trump and a foreign leader in which he made a promise that drew unprecedented concern about whether the president is a threat to national security.

Furthermore, Trump faces impeachment by the Democrats and a complete implosion in 2020 of the Republican Party that could cost them the Senate and the White House.

And now it appears Trump is the one who is really going to start a war with Iran based on allegations by the Saudis that Iran is behind the drone attack on an oil field.

On Friday afternoon, Trump gave the order to deploy troops to Saudi Arabia in a supposedly defensive posture. However, it should be noted that Saudi Arabia has been a launching point for American wars in the Middle East for decades. This isn’t about defense. It’s about gearing up for a war.

Despite once accusing Obama of wanting war with Iran to distract from his poll numbers prior to an election, Trump literally bragged to reporters after giving the order that he could order a full strike against Iran that would distract the media and claimed that the strike would end Iran in minutes.

“People are very surprised — and many people are extremely happy, many people are thrilled,” he rambled on. “And many people are saying, ‘Oh, I wish you’d, you know, hit the hell out of them.’ Well, let’s see what happens. But it will take place in one minute. I could do it right here in front of you, and that would be it. And then you would have a nice, big story to report.”

Make no mistake, Trump is hell bent on going to war. He’s just going to claim he’s restrained until the very last second. He thinks starting a war will help him get elected even though our Treasury is depleted and our troops are weary of war. The American public is also sick of war after nearly two decades of perpetual warfare.

Iran isn’t another Iraq. It would be the next Vietnam War, even deadlier and longer-lasting than the wars we have recently fought.

Trump is only going to war because the Saudis want him to fight their battles for them sacrificing American blood and treasure, all while Trump fills his own pockets. Let’s also keep in mind that Trump withdrew out of the very deal that had been keeping Iran largely in check.