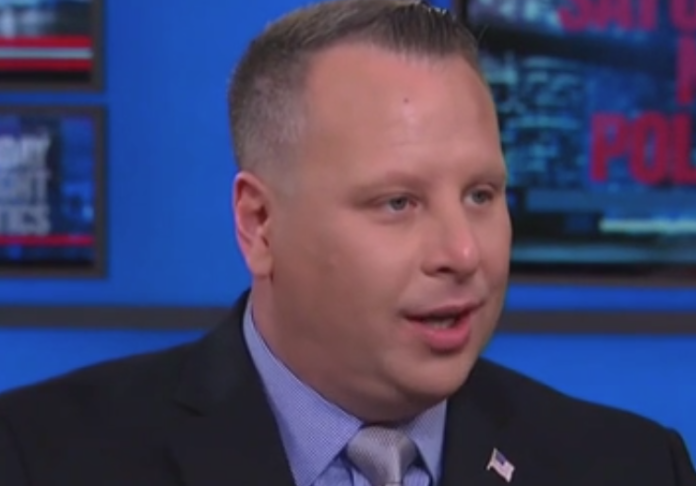 President Donald Trump continued to make the case that he should be impeached this week with even more bizarre behavior, and his former staffer Sam Nunberg says that Trump won’t be able to handle impeachment when it happens.

Earlier this week, House Speaker Nancy Pelosi (D-Calif.) accused Trump of being “engaged in a cover-up” in response to his efforts to flout Congress’ oversight authority. In response, Trump stormed out of a meeting with Democratic leaders at the White House, and proceeded to throw a temper tantrum in the Rose Garden, where he declared he won’t work on policy until Democrats stop investigating him.

He not only blew up any plan he had to work with Democrats to pass a major infrastructure bill, but he also doubled down the next day by threatening to let drug prices soar.

On Saturday night, Donny Deutsch turned to Sam Nunberg for his analysis of Trump’s behavior.

“First of all, do you see a more unhinged guy than you saw two, three, four years ago?” Deutsch asked.

“More unhinged, no,” Nunberg said. “What I see is somebody who really doesn’t get the joke anymore, who personalizes everything to the point where you hear him this week he’s unable to say that he wants to do better for the country, he wants to work on infrastructure despite what the Democrats are doing to him. He’s flat out said ‘If you investigate me, I’m not going to pass anything for this country’ and it’s really something I’ve never heard a president say.”

While Trump likes to claim that Democrats can’t investigate and legislate at the same time, which isn’t true, it turns out that Trump is incapable of running the country while Congress investigates him. And that’s sad because presidents should be able to multitask and focus on the job regardless of what Congress is doing. The fact that Trump can’t proves that he shouldn’t be in the office.

Nunberg proceeded to compare Trump’s failure to do both to former President Bill Clinton’s success while Congress was trying to impeach him in 1999, and not only predicted that Trump will be impeached, it will “destroy” him.

“Bill Clinton did it so brilliantly during his impeachment and I think that’s one of the reasons why I think he ultimately won and why this impeachment — which I think is an outcome which is going to happen — is going to destroy him,” Nunberg concluded.