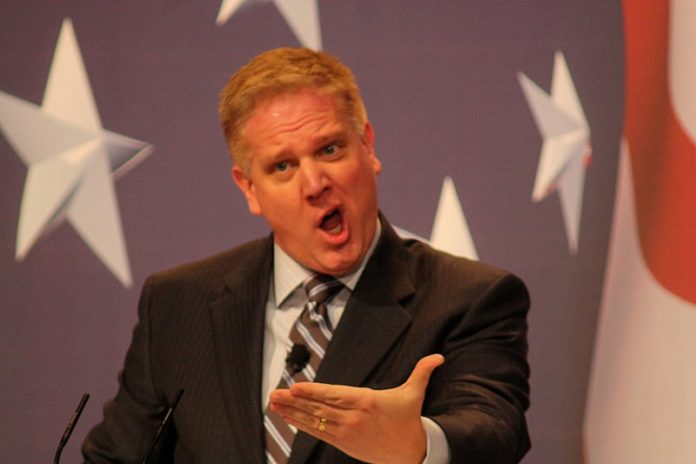 During his television show on his The Blaze channel, Beck made the statement, which was flagged by The Daily Beast:

There are no examples of men being men. James Bond. That’s it. A movie. There’s no male role models. Would you agree with that? So Donald Trump: here’s a guy who marries a supermodel, is like, ‘Yeah, I can make it with any model I want.’ He’s over the top, but he fights back, he doesn’t flinch… he is the almost cartoon of an alpha dog. You know what I mean? And I think because we have taken alpha dogs and shot them all, when he comes to the table there’s a lot of guys that are out there goin’ ‘Damn right!’

And as soon as he said it, people laughed at him across the country and are still laughing at him on social media.

Trump has bragged about grabbing women by their genitals without consent and has been accused of sexual assault by multiple women and of child molestation. He also has an unnatural obsession with his daughter Ivanka.

In addition, Trump throws temper tantrums that makes actual toddlers seem mature and is constantly panicking as the walls close in. Trump is also a coward because he dodged the draft during the Vietnam War, insults military veterans and he won’t stand up to dictators.

It’s doubtful that Bond, a fictional character, would ever be willfully or unwillfully played by North Korean dictator Kim Jong Un or Russian dictator Vladimir Putin.

Anyway, Twitter weighed in on Beck’s absurd claim by humiliating him.

Is Glenn Beck still a thing? Thought he’d crawled under a rock and died. How tragic that he hasn’t.

Time for Glenn Beck to get back on his meds his bipolar is showing https://t.co/iOefvFpIAh

I feel like Glenn beck explaining in earnest why trump is one of the last “male role models” does more to highlight how ridiculous our perceptions of gender norms are than any liberal take on toxic masculinity lol thanks Glenn https://t.co/BQoLcJLc9q pic.twitter.com/h5d3GRDDsN

Jfc. I can’t imagine ever thinking that. Because “he married a supermodel” in @glennbeck’s eyes is what makes @realDonaldTrump a role model. What a moron. https://t.co/9uQ5IGuYDh

Glenn Beck has a very dim view of men

In @glennbeck bizarrely comparing Trump to the fictional “James Bond” as being the last male role model, I believe he has mistakenly confused Bond with Auric Goldfinger, a villain out for world domination & so crazed he covered a beautiful woman with gold spray which killed her.