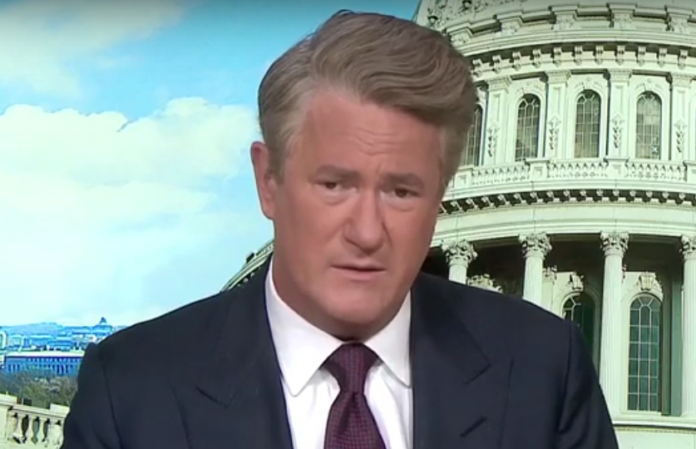 The Coast Guard officer and white nationalist, who was arrested Friday, had been planning to kill Democratic members of Congress, including Senator Elizabeth Warren (D-Mass.) and others whom Trump has repeatedly attacked since taking office. Also on the kill list were members of the media that Trump has attacked, including Scarborough himself.

So it was no surprise on Thursday that Scarborough took it personally and pointed to Trump’s rhetoric as a contributing factor to these domestic terror plots.

“I think he knows what actions his words will lead to, and what it will encourage,” Scarborough said. “There were times when you talked to him and he seemed weirdly pleased that his supporters would beat up other people in the audience. He’d never vocalize it, but he would react in a way that was deeply disturbing, and we saw it.”

Indeed, a BBC cameraman is the most recent victim to be attacked by Trump supporters at a rally.

“He would encourage people in rallies to cause physical harm, to cause violence to people who did not support him,” Scarborough continued. “At the end of the day, only tyrants use terms like ‘enemies of the people,’ and Donald Trump has proven, as I’ve said from the beginning, he’s an autocrat in training. The only thing that has held him back has been the United States Constitution.”

Trump used the phrase in an attack against the New York Times on Wednesday, an attack that NYT publisher A.G. Sulzberger condemned in a statement.

Scarborough concluded by saying Trump “knows exactly what he’s doing,” and doesn’t care about the people he is putting in danger:

This latest plot is similar to a bombing plot uncovered in October when a Trump supporter sent several bombs to Trump’s perceived enemies such as former Vice-President Joe Biden, CNN, and multiple other targets before being arrested by law enforcement. Trump’s violent rhetoric also received blame for that plot just as it is now.

And yet Trump shows no signs of remorse, nor does he intend to stop. It’s like he wants his supporters to kill people.